Connolly’s hard station and other stories 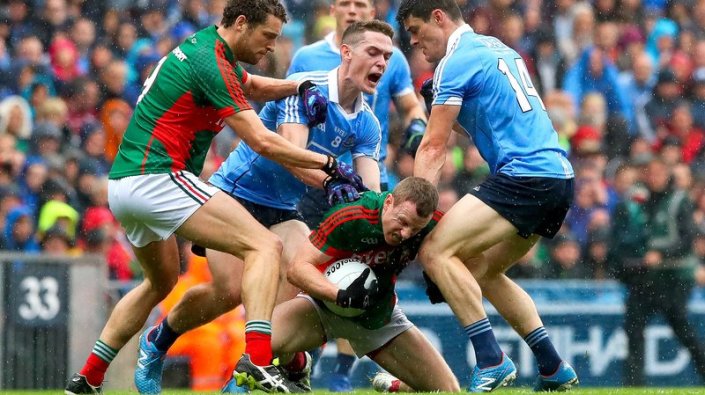 Lee Keegan of Mayo is the filling as he is sandwiched by Dublin’s Brian Fenton and Diarmuid Connolly. Tom Parsons of Mayo waits to pick up the crumbs.

“Garda investigation after hurler (13) hospitalised in ‘assault by adult male who ran onto pitch’ ”.

Then there were the pre-match busts ups and assorted off-the-ball bumps, thumps and jersey shreddings in last Sunday’s All-Ireland football final.

No connection? I believe there is.

Gaelic games, particularly football, have been infected for some time by a particularly virulent strain of the man-made virus, Agent Machismo. The symptoms are many and varied. Players infected usually display a reckless regard for authority and safety — their own and others — as they go about harassing, haranguing, intimidating and generally trying to stop an opponent from…

This entry was posted in Uncategorized.